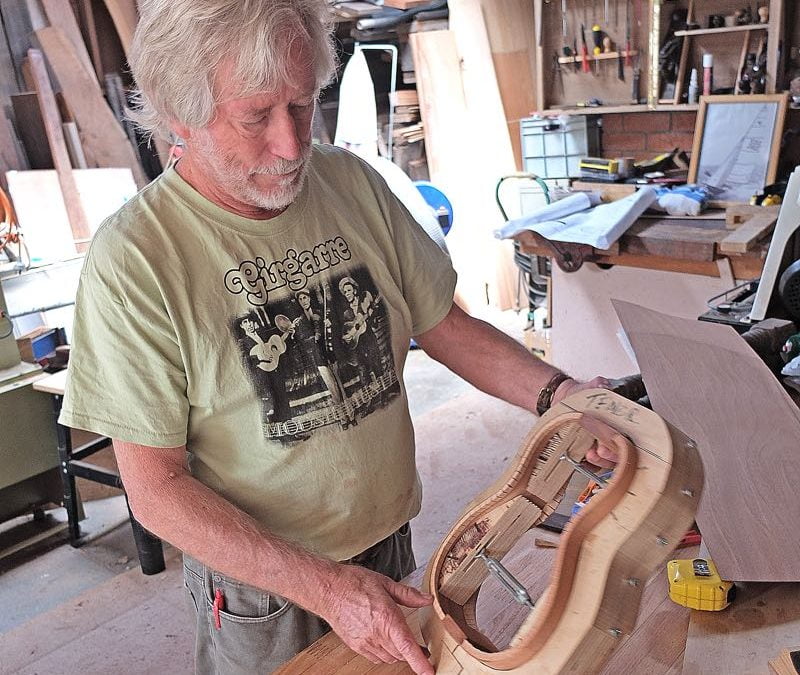 There are only a handful of ukulele luthiers in Australia and they all come from a musical background. Chris Dovey of Rosebud came to music through his skills in fine woodworking.

After a career in furniture making and cabinetry Chris finally retired. He set up a workshop at home to keep his hand in, maybe to make a few pieces of bespoke furniture now and then. He retained all the tools and equipment he needed and had accumulated a fine collection of rare and seasoned timbers.

“My brother is a uke player and he goaded me into making my first ukulele” is how Chris tells the story. “I’d been making variations of boxes most of my working life. He challenged me to have a go at something different, so I did.”

Working from a set of plans of the iconic Martin ukulele Chris completed his first instrument – and his brother was amazed! A few ukes later Chris decided that if he was making them, he should learn to play them – and that’s how he came to SPUKES.

Chris insists that musical instrument making is strictly a hobby even though he has now established his own brand of Dove ukuleles.. He enjoys making to suit the special needs of individual players. Alan Blyth has just taken delivery of a bespoke design concert ukulele with a unique flat bottomed pineapple shape that can stand by itself.

Another nearing completion is for a player with some hand movement restrictions. The tuning pegs are on the top side of the head, and the head itself has also been scalloped to allow easier access to the lower frets on the neck.

Some luthiers build ukuleles with elaborate inlays, rosettes and bindings – almost works of art. Chris is also an artisan but he builds “works of happiness” for the singing strummer rather than the virtuoso. He uses fine tone woods and construction materials but pays close attention to the ‘action’ of the instrument, the playability,  and how it suits the player. Some of the processes in making a Dove ukulele 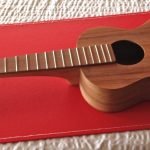 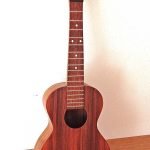 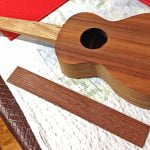 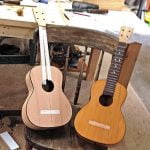 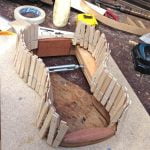 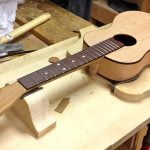 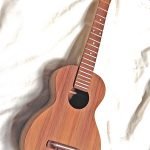 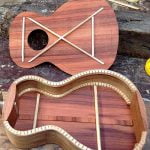 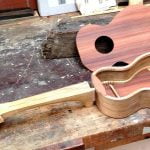 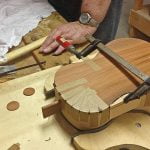