Cool, calm and collected at Studio 2 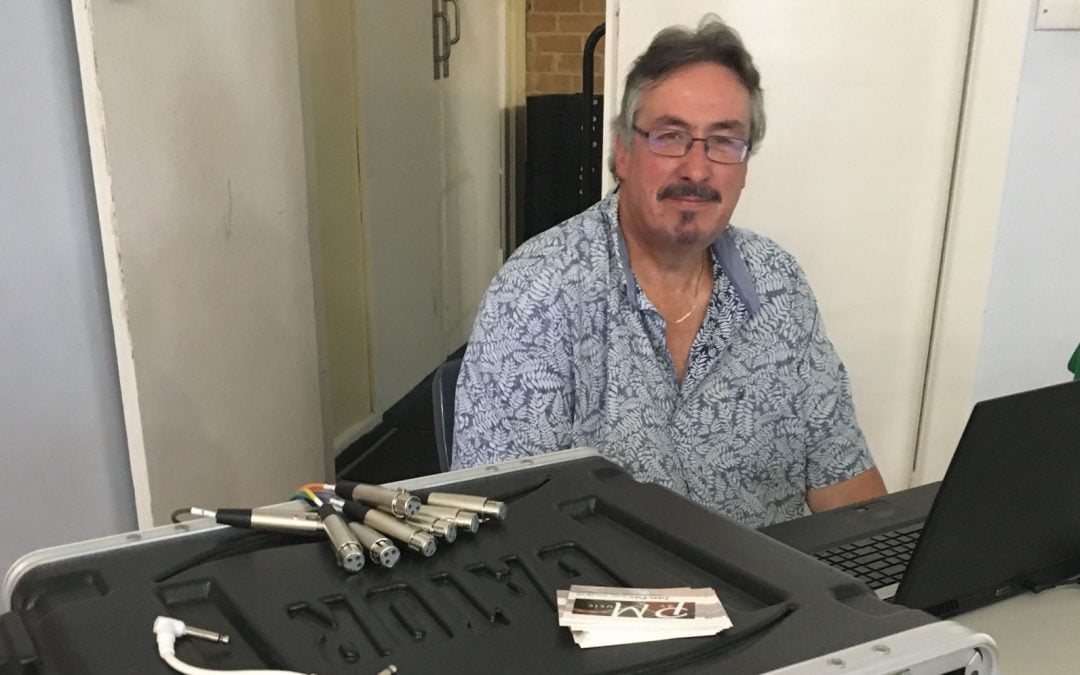 It was an absolutely packed Saturday afternoon for our recording session with Ian Pav from Pav Music.

Our local music community is lucky to have someone with Ian’s talents now located on the Peninsula. After 40 years in the music industry in Sydney and Brisbane Ian is now based in Rosebud where he has built The Production Pit studio within-house and mobile recording facilities.

Ian had come to our previous session and spent an hour taking sound measurements to determine the best placement of microphones. The logistics of mike placements etc to end up with a good mix with 80-100 singing strummers was be an interesting challenge. Ian said he was looking forward to it.

There was a learning curve in playing for a recording session. Absolute quiet before and after the song. No foot tapping allowed – Alan was forced to take off his shoes and spend the afternoon in socks only! The discipline needed to get a take just right is so different to a concert where we have a lot of audience interaction. At the same time we can’t fuss too much or the music suffers.

Ian gave us just the right direction with his three golden rules – have fun, have fun, and play well.

By the end of the recording session we had great takes of five or six numbers. Ian will spend the next few weeks in post-production so that we have some very professional results for our CD.

When Ian has finished his production work we’ll arrange for covers to be printed and professional copies made for everyone who wants them. They definitely will be available for Christmas!

Ian spent a little time talking about recording in general. One of the observations he made was that the size of our hall was very similar to Studio 2 Abbey Road  made famous by by The Beatles, Pink Floyd, Oasis, Adele and many more.

Judging from the response on our Facebook page we may have just found a new name for our hall!