How music saved a community 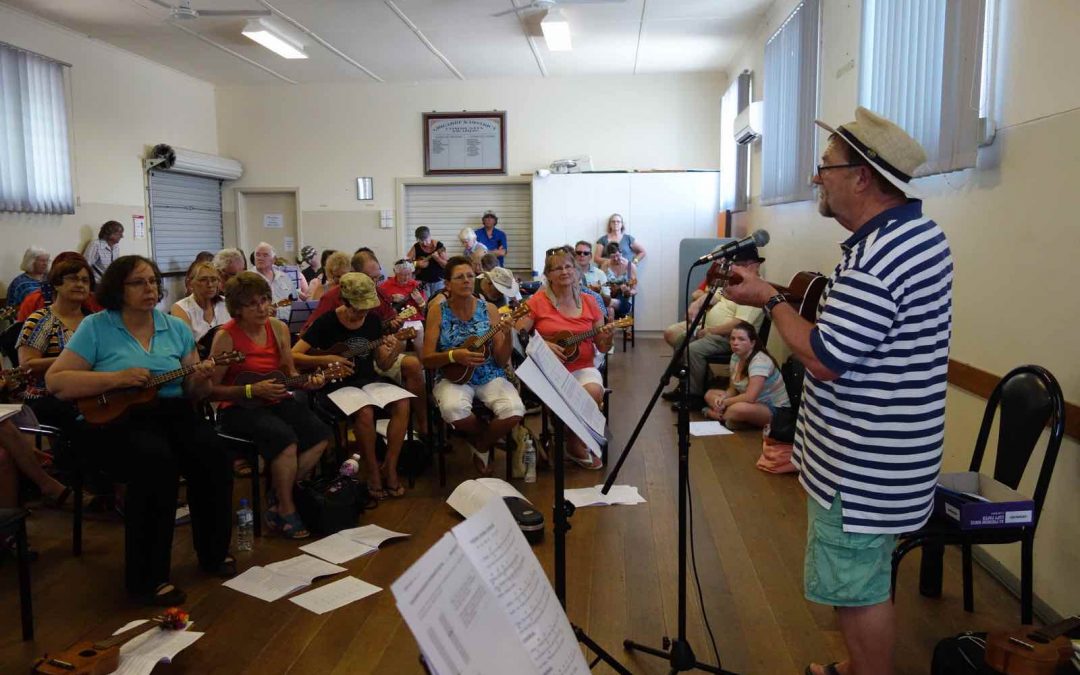 The tiny Goulburn Valley town of Gigarre had been in slow decline for fifty years. Gigarre was once an important local hub for the surrounding farms, a lot of them established by soldiers returning from the first World War. First, the cheese factory closed, later the railway line and a few years ago the tomato processing plant. Over time the supermarket, the butcher, the hairdresser, and the newsagency all disappeared.

A Farmers Produce Market was started, run by volunteers to help reconnect the local community. Three musicians were cajoled into coming along to play (for nothing!) at the first market day.

A year later ten musos showed up,  and when the first weekend music festival was held 60 musicians put on workshops during the day and at night a free concert which packed out the local hall.

The Girgarre Moosic Muster is now an annual event with more than 1000 visitors attending workshops, concerts, jam sessions and generally having a wonderful time.

But not only that the town’s initiative in becoming a regional music centre has seen a music phenomenon. A Girgarre ReViVal artist residency led to the building of the Girgarre Sound Fence at the local primary school by Graeme Leak. Read about Graeme’s work with the Girgarre community on his website.

Girgarre is an amazing town that is living proof of the transformative power of music and the importance of strong community. Faced with extinction due to drought, falling milk prices and the closure of the Heinz factory, Girgarre did three significant things. They started playing music once a month. They established a farmer’s market, also once a month. And they began running an annual music festival. – Graeme Leak

Music has been the driving contributor to the revitalisation of this small town with tangible benefits seen on the restoring of the Community Hall, improvements at the local CFA, the community car for local transportation and many more.

As well as the annual Muster there are other regular music events including :

Workshops and concerts at the muster One of the many uke workshops at Girgarre Moosic Muster 2017

Karen and I ran some workshops in 2017 and will be doing more in 2018. But we get just as much out of participating in other workshops as well – there’s always something to learn no matter what your skill level is.

We always meet some wonderful people over the weekend which is what musics all about really. Quite a few bands have been out of the Girgarre Muster including Spare Parts who were the guest act at the Peninsula Folk Club meeting in August.

There’s a local connection there too. Max Amos, President of the Peninsula Folk Club was one of the founders of the Girgarre Muster.

If you can’t make it the full four days of the Muster, try to get up for the weekend, or at least one of the open air concerts. Bring your own chairs, rug and esky and enjoy music, fun and friendship under the open skies in this remarkable town.